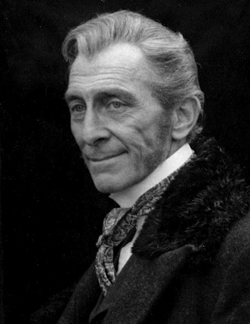 Lawrence Van Helsing is the ancestor to J. Van Helsing, who destroyed Dracula in first movie, Horror of Dracula.

Lawrence is seen in the pre-credits action scene of Dracula A.D. 1972, which takes place in 1872. Lawrence delivered Dracula's longest lasting death. He would not emerge again until 100 years later, in 1972. It was the up to Lawrence's descendants in that era, Lorrimer and his daughter Jessica Van Helsing, to permanently end his evil.

Retrieved from "https://vanhelsing.fandom.com/wiki/Lawrence_Van_Helsing?oldid=4214"
Community content is available under CC-BY-SA unless otherwise noted.